A quick introduction to the Sage 300

A quick introduction to the Sage 300

Small distributors, wholesales and manufacturers looking for a better way of growing rapidly mostly consider ERP solutions as the integral tool to support their growth efforts. Sage 300 ERP is among the leading solutions for smaller companies.

Moreover, it is a cost-effective solution and the implementation cost ranges between $150 and $2500 per every use as opposed to most other ERP implementation, which can be over ten times the amount. The system has a broader range of functionality and the developer targets its use at distribution companies with an international presence. The system can serve both as simple accounting software and as a robust ERP system.

The background information of the SAGE 300

Sage 300 is distributed by Sage Group, which is a leading software company situated in Newcastle. Founded in the year 1981, the company penetrated the United States market in the early 1990s and today, it is among the widely known financial and accounting software providers worldwide.

The software is a great choice for companies with 5-250 users and with general or advanced accounting needs. The software is widely known for its industrial and distribution capabilities and because of its scalability, the software expands rapidly with fast-growing businesses.

The software uses a concurrent license approach, not named licenses, which means that you will purchase it depending on the number of users who will be accessing it at the same time. That has made a huge difference in keeping the entire system cost-effective in the distribution environment, characterized by several users using one workstation because you will be paying for the workstation – not per user.

Before the year 2012, Sage 300 was known as Accpac but the name changed after the Sage Group went through rebranding efforts. The history of this company goes back to around 1976 when it started in Canada as a Basic Software Group. The Basic Software Group developed desktop computing applications and accounting software products based on MS-DOS.

They marketed the software as EasyBusiness Systems in Canada and finally throughout the United States – until the mid-1980s. They eventually rebranded the EasyBusiness accounting modules as Accpac, which was first acquired by the Computer Associates and finally the Sage Group.

Sage 300 supports the processes related to projects, inventory, financials, customer management and payments in business organizations. It supports multi-currencies and multi-languages to help companies with an international presence to function more effectively.

It is available on-premise and as a web-based deployment. The functionality that is specifically for distributors includes the quick look-up of inquiries and inventory statistics, fully integrated shipment progress, invoice, and sales order and ability to generate purchase orders from sales orders and to show when the inventory level is low.

The developer also included location and seasonal based automatic reordering. Its inventory module supports eight costs per every location, including average, standard, LIFO, FIFO, serial, most recent and lot costing methods. Users are able to drill into their inventory information from a single screen – including the ability to view quantities on every sales order and purchase order. You can create GL batches as a part of your daily processing or automatically.

With Sage 300, users in Australia and any part of the world are able to reorder inventories by date, enter active, future, standing and generate multilevel billing materials. They can also manage the details of their suppliers, customers and the details of every inventory item. The software supports multiple price lists, including by the payment method, customer type, currency, and region. 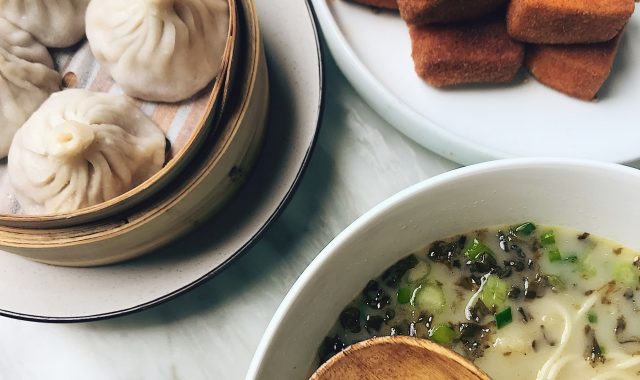 Ways to Increase Protein Intake in Your Diet